The huge biometric program Aadhaar, a data protection law on ice and Internet hat-downs in crisis regions – India’s network policy is more exciting than many thrillers. We will talk about the details with Kim Arora, a journalist and currently a scholarship holder of the Alexander von Humboldt Foundation in Berlin.

Behind the name Aadhaar, Hindi for foundation hides the largest biometrics program in the world. The scope was originally planned more modestly: as a database for the identification of welfare recipients. How did this huge case of feature creep come about – with an extra dose of unsecured servers and denied help? And where will Aadhaar still develop?

Among other things, we’ll talk about episode 185 of our web podcast with Kim Arora. Arora accompanied the development of Indian net politics for years as a journalist. Now she is a scholarship holder of the Alexander von Humboldt Foundation and conducts research in Berlin on data protection in India and Germany.

There is a lot to research because India is currently working on a new data protection law. What is the current legislation? What is the status of the talks on the new draft? How important is privacy for Indian society? And is the design comparable to German and European legislation, especially the General Data Protection Regulation?

We also talk about another current topic: Since the beginning of August, the Internet in Kashmir has been shut down. This is not an isolated case. Since 2012, there have been 180 such cases in the crisis area. We talk with Kim Arora about the history of Internet shutdowns in India and the effect on affected areas. 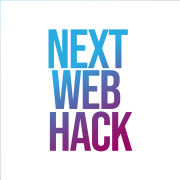 Does Artificial Intelligence Replace the Radiologist?

Samsung Galaxy S10 and S10 + Has a Fingerprint Sensor Defect